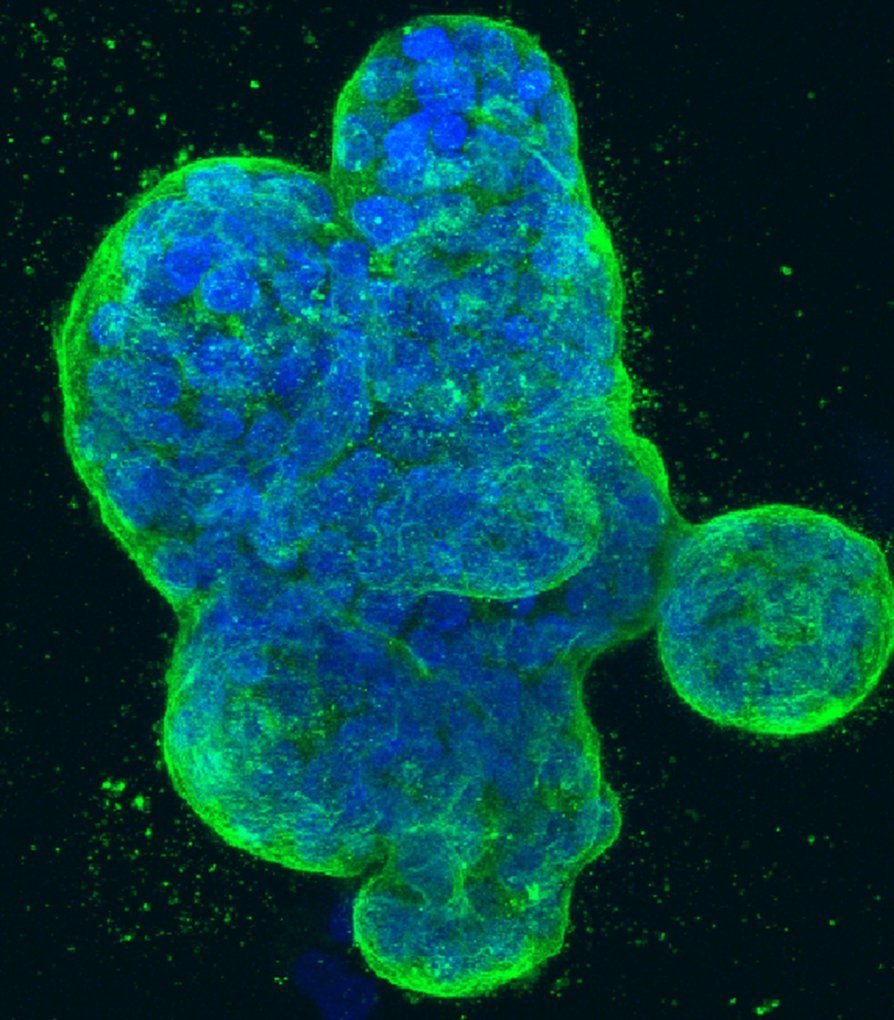 People who inherit a faulty copy of the so-called “breast cancer genes” BRCA1 and BRCA2 are at high risk of cancer. About 10 percent of breast cancer cases and 15 percent of ovarian cancers can be traced back to a flaw in one of these genes.

A class of drugs known as PARP inhibitors was designed to target tumors with defective BRCA genes. Sold under brand names such as Lynparza, Rubraca and Talzenna, the drugs offered new hope to people with ovarian or breast cancer. But in the five years since the first one was approved, PARP inhibitors haven’t lived up to their promise. Tumors typically shrink when first hit with a PARP inhibitor, but they soon become resistant, and the cancer returns.

Now, researchers may have found a path toward improving the effectiveness of chemotherapy in people with breast or ovarian cancer that is caused by BRCA defects. Researchers at Washington University School of Medicine in St. Louis identified a pair of genes that operate in parallel to BRCA. Knocking down the genes increases tumor cells’ susceptibility to a toxic chemical—and potentially to chemotherapy drugs as well.

“Women treated with PARP inhibitors typically go into remission relatively quickly, but a lot of these cancers then become resistant partly because there are other proteins in the cell that can compensate for the lack of BRCA,” said Andrea Byrum, a graduate student and the study’s co-first author. “If we target these other factors, we might be able to make the tumor sensitive to these drugs again.”

The findings are available online in the Journal of Cell Biology.

BRCA helps repair damaged DNA, fending off the errors that threaten to transform normal cells into cancer cells. When a person has a BRCA gene that isn’t working properly, his or her cells struggle to heal injuries to their DNA. PARP inhibitors knock out another arm of the cell’s DNA repair system. Together, a flawed BRCA gene and a PARP inhibitor leave tumor cells with a fatal inability to fix DNA damage, and the cells die.

But the DNA repair system is complex and redundant, and some tumor cells with nonfunctioning BRCA genes are able to effectively restore BRCA function by boosting another aspect of the system. That’s where this latest study comes in. The researchers found a way to make tumor cells that have BRCA act like they don’t so they can be more easily killed. Their findings point the way toward making resistant tumor cells susceptible to PARP inhibitors once again.

Nima Mosammaparast, MD, Ph.D., an assistant professor of pathology and immunology, Byrum, and colleagues found that a complex of the proteins TPX2 and Aurora A could mimic the effects of the BRCA proteins.

“If you lose this complex, it’s like you lose BRCA,” said Mosammaparast, the study’s senior author. “The nice thing is that there are inhibitors to Aurora A already in clinical trials for other types of cancer such as lymphoma and melanoma. We could combine an Aurora inhibitor and a PARP inhibitor to more effectively target these cancers. I am working on getting funding to do such a study.”

Moreover, the researchers found that cells needed both the complex and BRCA proteins to optimally protect their DNA as the cells are dividing. Co-senior author Alessandro Vindigni, Ph.D., and co-first author Denisse Carvajal-Maldonado, Ph.D., both of Saint Louis University, treated human cells with a DNA-damaging chemical and measured the lengths of replicating DNA strands. The strands were short if either the complex or BRCA was missing, and much shorter if both were, indicating that the cell was failing to protect its DNA.

“If you don’t have BRCA and you inhibit this complex, it could be potentially catastrophic for the tumor,” Mosammaparast said.

Defective BRCA genes raise the risk of not just breast and ovarian cancer, but prostate and pancreatic cancers as well. Finding a way to prevent resistance or restore sensitivity to PARP inhibitors could improve therapy options for many people.