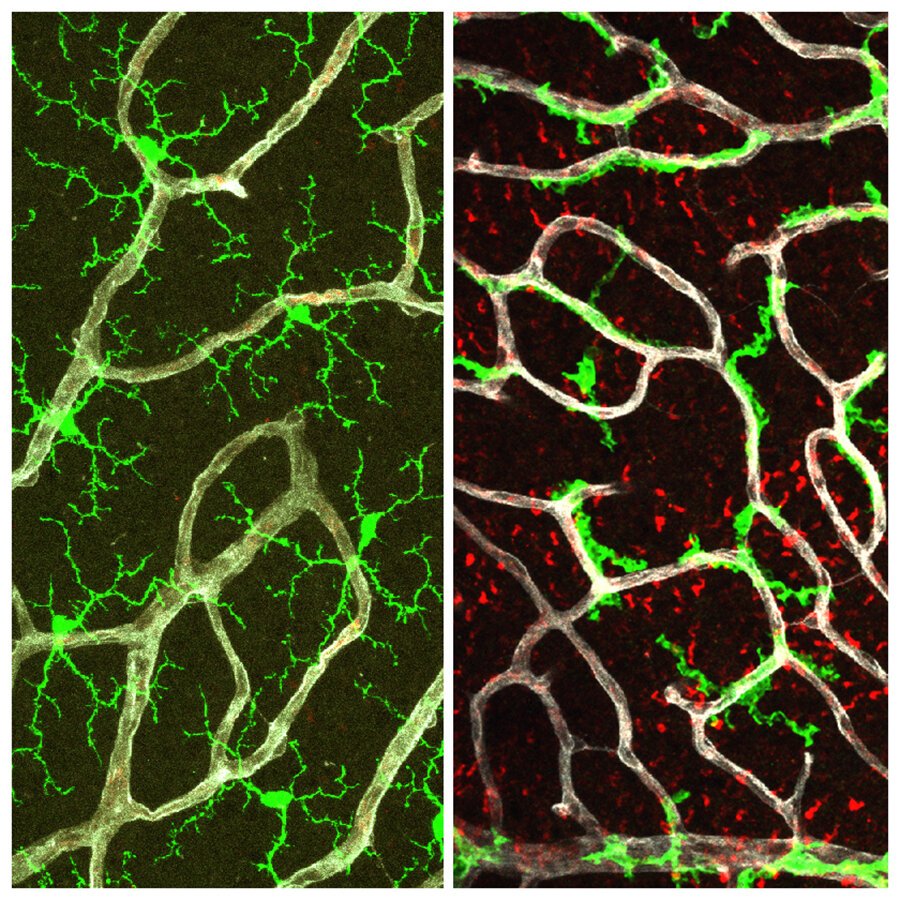 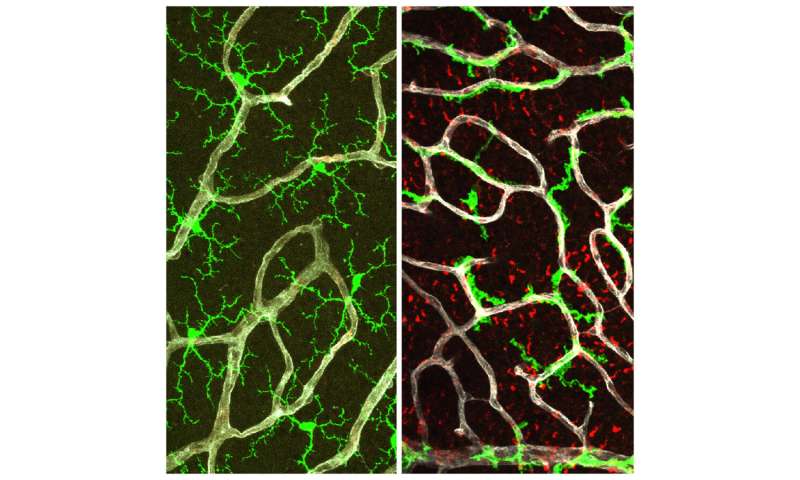 A signaling pathway controlled by transforming growth factor beta (TGF-beta) could be involved in the progression of age-related macular degeneration (AMD). Researchers at the National Eye Institute (NEI), part of the National Institutes of Health, have found that interrupting TGF-beta signals to immune cells called microglia causes the cells to enter an activated, inflammatory state. These activated microglia damage the retina, the light-sensitive tissue at the back of the eye. This damage is similar to cellular effects observed in AMD, a common cause of vision loss among older Americans. The study was published today in the journal eLife.

Scientists have known for years that people with certain variations in genes in the TGF-beta pathway may be more at risk for advanced AMD, which suggests that TGF-beta might contribute to disease progression. In a healthy retina, neurons continuously emit a variety of signaling molecules, including TGF-beta, which communicate to neighboring cells that all is well, or conversely, let those cells know if something is wrong. When microglia sense normal levels of these molecules, they adopt a branched shape connected with and maintaining the health of their neuron neighbors. But when the signals change, microglia can enter an activated state, where they move to sites of injury to remove damaged or dead cells.

“Communication between neurons and microglia in the retina is going on all the time. Neurons tell the microglia how to behave and how to be of service to the rest of the retina,” said Wai Wong, M.D., Ph.D., chief of the NEI section on neuron-glia interactions in retinal disease, who led the study. “We wanted to know whether there was a connection between this genetic risk involving TGF-beta and abnormal retinal microglia, which are often found in AMD.”

To study this connection, Wong and his team created genetically-modified mice where the researchers could turn off the microglial cells’ ability to sense TGF-beta. When cells stopped sensing TGF-beta, they immediately changed shape, moved to incorrect locations, and began to proliferate. The microglia also decreased their expression of their “sensome,” a collection of proteins that the microglia use to sense their environment. Instead, they started expressing proteins used in their activated state.

While microglia are critical for maintaining healthy neurons, decreased TGF-beta activity switches microglia to a pro-inflammatory mode, which is worse than having no microglia at all, said Wong.

The activation of microglia, and the corresponding loss of microglial support of retinal cells, has cascading effects on the retina. In their mice, Wong and colleagues found that another group of retinal support cells, called Müller glia, began to show signs of distress, and retinal neurons began to fail and die. Additionally, abnormal microglia drastically exacerbated the growth of new blood vessels in a model of AMD. All these pathological changes are similar to what happens in the progression to late AMD, indicating that microglia and TGF-beta signaling may help drive disease progression in humans.

Wong doesn’t believe that TGF-beta signals are completely missing in AMD. Instead, small changes in the strength of the TGF-beta signal could be disrupting the fine balance in signaling that immune cells like microglia require for optimal function. An imbalance in these signals over time can lead to a slow progression towards disease.