How the brain fights off fears that return to haunt us 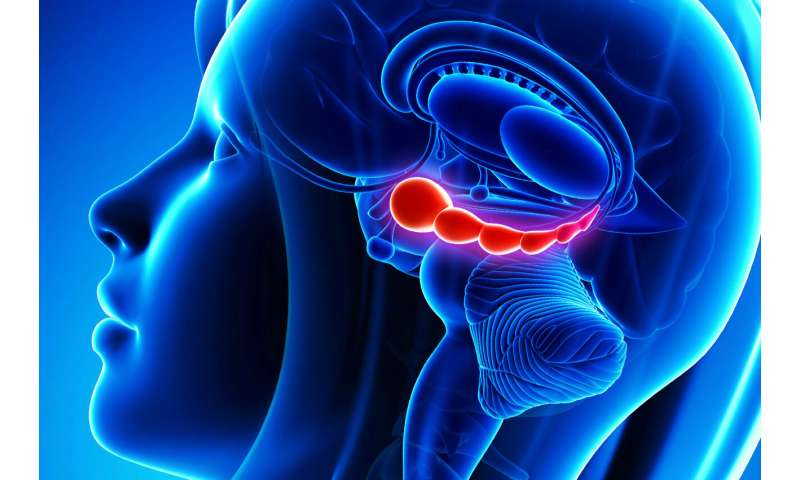 Neuroscientists at The University of Texas at Austin have discovered a group of cells in the brain that are responsible when a frightening memory re-emerges unexpectedly, like Michael Myers in every “Halloween” movie. The finding could lead to new recommendations about when and how often certain therapies are deployed for the treatment of anxiety, phobias and post-traumatic stress disorder (PTSD).

Since the time of Pavlov and his dogs, scientists have known that memories we thought we had put behind us can pop up at inconvenient times, triggering what is known as spontaneous recovery, a form of relapse. What they didn’t know was why it happened.

“There is frequently a relapse of the original fear, but we knew very little about the mechanisms,” said Michael Drew, associate professor of neuroscience and the senior author of the study. “These kinds of studies can help us understand the potential cause of disorders, like anxiety and PTSD, and they can also help us understand potential treatments.”

One of the surprises to Drew and his team was finding that brain cells that suppress fear memories hid in the hippocampus. Traditionally, scientists associate fear with another part of the brain, the amygdala. The hippocampus, responsible for many aspects of memory and spatial navigation, seems to play an important role in contextualizing fear, for example, by tying fearful memories to the place where they happened.

The discovery may help explain why one of the leading ways to treat fear-based disorders, exposure therapy, sometimes stops working. Exposure therapy promotes the formation of new memories of safety that can override an original fear memory. For example, if someone becomes afraid of spiders after being bitten by one, he might undertake exposure therapy by letting a harmless spider crawl on him. The safe memories are called “extinction memories.”

“Extinction does not erase the original fear memory but instead creates a new memory that inhibits or competes with the original fear,” Drew said. “Our paper demonstrates that the hippocampus generates memory traces of both fear and extinction, and competition between these hippocampal traces determines whether fear is expressed or suppressed.”

Given this, recommended practices around the frequency and timing of exposure therapy may need revisiting, and new pathways for drug development may be explored.

In experiments, Drew and his team placed mice in a distinctive box and induced fear with a harmless shock. After that, when one of the mice was in the box, it would display fear behavior until, with repeated exposure to the box without a shock, the extinction memories formed, and the mouse was not afraid.

Scientists were able to artificially activate the fear and suppress the extinction trace memories by using a tool called optogenetics to turn the extinction neurons on and off again.