Impact of Chocolate on our Climate

Chocolate products are the most widely spread type of dessert and snack that is available around the globe. Chocolate is made from cacao beans obtained from the Theobroma cacao, an indigenous tree in South America. 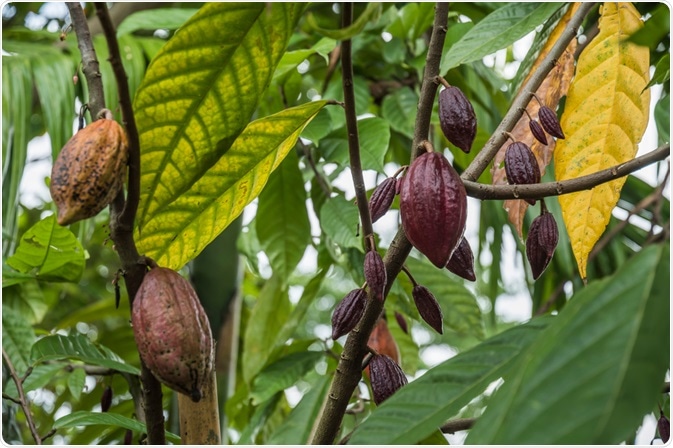 Where does chocolate originate?

Cacao is predominantly cultivated in regions that surround the equator in humid climate conditions. The major producers and exporters of cacao beans are the Ivory Coast, Indonesia, Ecuador, Nigeria, and Brazil. In 2016, the annual production of cacao beans what's 4.25 million tonnes.

How is climate change impacting our health?

The worldwide sale of chocolate was estimated to be worth more than $101 billion in 2015; with Europe accounting for 45% of global consumption. In sum, the global production of cacao beans increased by 32% in 2014 from 2000 to 4.5 million tonnes – while the land-use footprint of cacao plantations grew by 37 percent – from 7.6 to 10.4 million hectares.

Chocolate production: the impact on the climate

Indeed, an average 40-gram bar of chocolate will carry a carbon footprint of approximately 200 grams or five kilograms of carbon per kilogram of chocolate. This increases to 300 grams for a bar of dark chocolate as a result of its greater cacao content. Despite the high consumption of chocolate, a significant quantity is wasted; In the UK, an estimated 18,000 tonnes of chocolate and sweets are disposed of annually. This avoidable chocolate wastage is responsible for approximately 90,000 tonnes of greenhouse gas emissions.

Greenhouse gas emissions from human activity result in a blanket effect on the earth, trapping the sun’s heat and raising temperatures. Climate records show a warming trend however climate change does not necessarily result in blanket warming effects across the globe; changes to the climate can include a sharp rise in extreme weather, with increases in lightning strikes, rain, cold waves, flooding, as well as decreased tropical cyclones.

As demand has soared in recent years, there has been an increased rate of deforestation and land clearance in cacao growing regions. Although on a global level the land-use footprint of cacao exports is dwarfed by several other crops, including maize, weeds, soybeans, and rice, it still presents a significant footprint in the main producer countries.

In 2014, it represented 1.5% of the exported footprint of international traded crops; and among the main producers, it accounts for 5% of their collective agricultural crop production footprint and 9% of their export in 2014. This land-use exacerbates the carbon-intensive nature of the chocolate life cycle. The drive towards making chocolate climate-friendly has increased in recent years as emissions rise and climate change intensifies.

This chocolate bar may contain deforestation

Deforestation: the impact on the global warming

The demand for cacao has meant mass deforestation across the globe. The consequent effects of this are diminished biodiversity in the most naturally rich forest habitats in the world the consequences of overused soil and decimation of natural habitats from a multitude of organisms.

The big four uses of land which include palm oil, soy, cattle, and wood products, are responsible for 40% of deforestation which averages to be 3.8 million hectares per year. As mentioned, relative to these crops, cacao has a relatively small global deforestation footprint; forest lost due to cacao production is estimated between two and three million hectares for the period 1988 to 2008.

The deforestation associated with the production of cacao is concentrated in a few countries in Southeast Asia and Sub-Saharan Africa. This is particularly pronounced in the Ivory Coast, Nigeria, and Cameroon as well as Indonesia. Historically, the impetus for deforestation has been driven by several factors which include insufficient clear land, poor legal systems, and government policy promoting increased outputs of production due to the increased global demand for cacao products such as chocolate, and decreasing productivity in cacao sectors in West Africa. This increased cacao cultivation in Latin American countries as well as the Congo basin, subsequently putting pressure on untouched forests within the Democratic Republic of Congo and Cameroon, namely the Congo basin.

Moreover, poor productivity due to poor farming practices leads farmers to clear more forested areas due to the increased drive for production; this results in in-country migration to forested areas where deforestation takes place for new cacao. Instead of replanting in old farms, planting cacao in cleared forests represents a short-term economic advantage. This is termed forest rent and is motivated by the comparatively higher input costs of r plantation and more fertile soils and less exposure to disease and pests as compared to deforested land. In the short term, there is increased profitability to farmers which motivates continued expansion into new forests.

The impact of deforestation on climate change is well established. Trees are a source of carbon dioxide sequestration, and the loss of trees can need to a net output of carbon dioxide into the atmosphere. as well as reducing the concentration of carbon sinks. Trees also play an essential role in we're punishing water availability and cooling period by evapo-transpiring, trees can recharge atmospheric moisture, contributing to both local and distant rainfall.

Cooling is an essential role of trees in that they can absorb and redistribute solar energy. Further, trees contain microbial flora and biogenic volatile organic compounds which can promote rainfall; the presence of their roots can enhance soil infiltration and, if the conditions are suitable, improve groundwater recharge. Rain, which is filtered through forest catchment areas, delivers purified ground and surface water. Deforestation, therefore, exerts an influence on global warming at both the local and distant levels as well as alters rainfall and water availability, in addition to the emission of greenhouse gas which increases the rate of global warming.

In addition, longer or more intense dry seasons that have arisen from the current effects of climate change may adversely affect cocoa-growing – while increases in humidity or average may promote the ease of spread of diseases and pests.

The environmental impact of cacao production is also motivated by political and governmental constraints. This includes a lack of land tenure security which incentivizes the removal of shade trees and promotes encroaching into new forests. Particularly in Ghana, the prevalent land tenure regime discourages farmers to invest in farms – in the cacao sector in Ghana the farmer is responsible for maintaining the farm and the farmers divided when the trees mature with farmers holding rights over than share on the condition that the land remains in cacao

However, there are some improvements. Concerted efforts of non-governmental and governmental organizations, as well as multinational corporations, have resulted in rebounding, as the promotion of more sustainable systems of agriculture has been put in place. In the Ivory Coast and Ghana, forest loss rates have slowed over 2019. In 2018, the Ivory Coast saw a forest loss rate jump of 60% which was attributable to cacao farming; however, in 2019 both the Ivory Coast and Ghana saw their rate of tree loss fall by more than 50% relative to the previous year.

Cacao is a cash crop that has brought vital income to many areas of Africa and South America, but climate variability is threatening to undermine its production and the welfare of the people that rely on it. With increasing temperatures and further changes to rainfall due to climate change, more regions are at risk of poor or falling yields. The establishment of several organizations, such as the World Cocoa Foundation, are working towards a means of cacao production that is sustainable and climate-smart.

Hidaya is a science communications enthusiast who has recently graduated and is embarking on a career in the science and medical copywriting. She has a B.Sc. in Biochemistry from The University of Manchester. She is passionate about writing and is particularly interested in microbiology, immunology, and biochemistry. 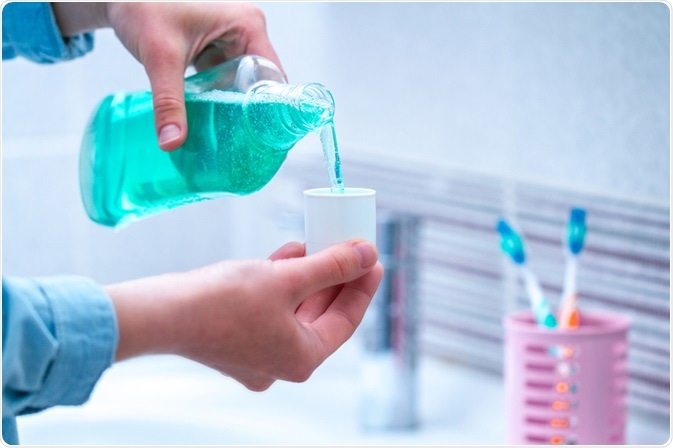 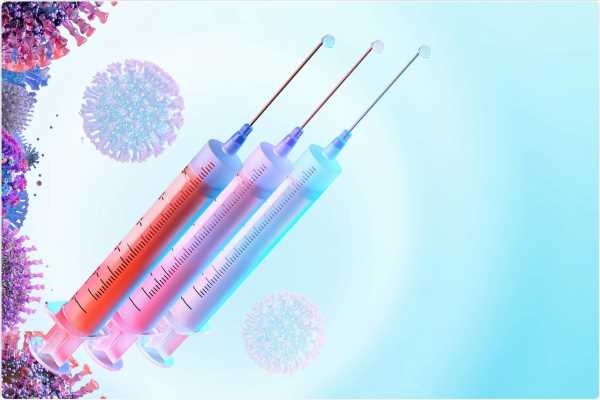 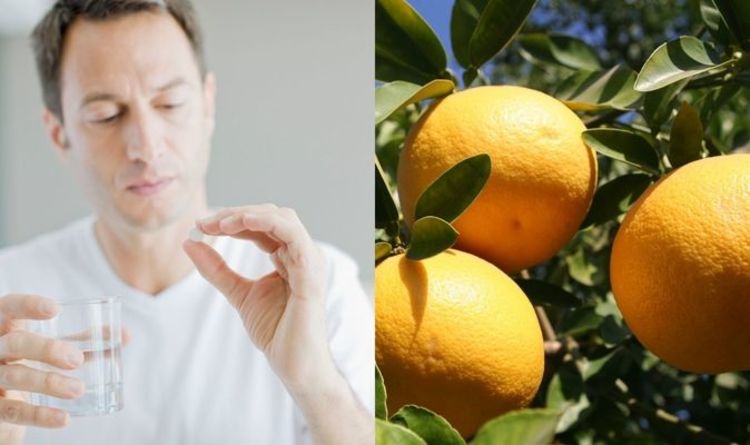 Statins side effects: Four citrus fruits that could interact to have serious consequences
Personal Health