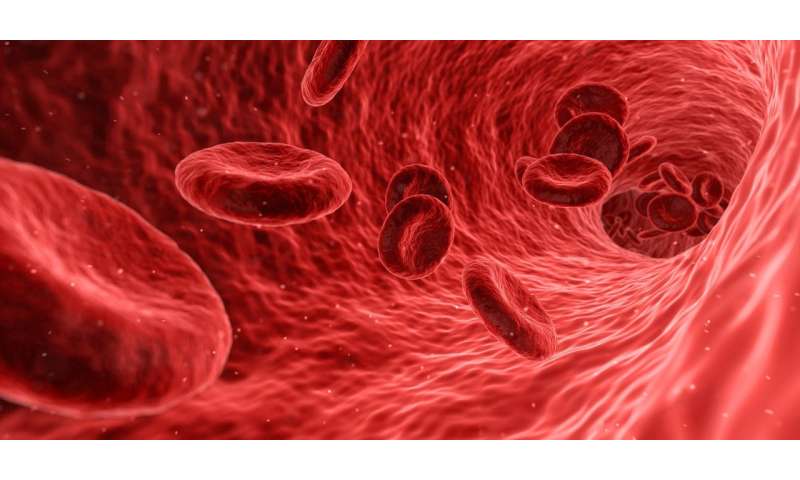 Blood stem cell transplants—also known as bone-marrow transplants—can cure many blood, immune, autoimmune, and metabolic disorders, from leukemia to sickle-cell disease. But to make sure the healthy blood cells “take,” doctors first have to deplete the patient’s own, defective blood stem cells using intensive chemotherapy or whole-body radiation. This wipes out the patient’s immune system, raising the risk of infection and often causing serious side effects, including anemia, infertility, secondary cancers, organ damage, and even death.

“We know that stem cell transplants can cure dozens of blood disorders, including exciting progress with treating autoimmunity,” said Professor David Scadden, co-director of the Harvard Stem Cell Institute and director of the Center for Regenerative Medicine at Massachusetts General Hospital. “Yet they are rarely used beyond treating blood cancers because of the extreme rigors the patients must endure.”

New research led by Scadden and his colleagues at Harvard University has demonstrated in mice an effective alternative to this toxic pretreatment. Published in Nature Communications, the findings pave the way for clinical studies that will show whether the method would work in humans, making blood stem cell transplants safer and available to more patients.

“If the principles demonstrated in these studies translate to the clinic, they open the possibility of expanding stem cell transplantation to many more patients who we know would benefit if only it were made more tolerable,” said Derrick Rossi, co-senior author of the paper.

Previous research showed that a certain antibody blocks a receptor called CD117, which is carried mainly by blood-forming stem cells. When mice with genetically deficient immune systems were treated with the antibody, it selectively targeted those cells to die, making chemotherapy and radiation unnecessary. On its own, the antibody wasn’t enough. Clinical trials with a human version of this antibody are now underway in patients with a rare disease called severe combined immunodeficiency.

Building on this knowledge, the scientists identified an antibody that targets CD117, but is internalized by cells. Realizing that this could allow them to deliver a toxin directly—and selectively—into stem cells that have CD117, they attached it to a drug called saporin. Saporin, which has already been used in cancer patients, inhibits ribosomes, the protein-building structure in all cells. The team hoped that the combination would effectively kill blood-forming stem cells, and only those cells, by stopping their ability to make important proteins.

It did. The Nature Communications study showed that a single dose of the antibody-drug combination eliminated more than 99 percent of blood-forming stem cells in mice. This allowed transplanted stem cells to take up residence in the recipient animals, effectively replacing their damaged blood and immune systems. The combination targeted the recipients’ stem cells without harming other kinds of blood cells, and without causing clinically significant side effects. The animals’ immune cell functions were preserved and responded effectively to pathogens.

“We theorized it would be effective, but were both reassured and excited when it worked so well,” said first author Agnieszka Czechowicz of Boston Children’s Hospital, who was also deeply involved in previous CD117 studies.

Future research will evaluate the safety and efficacy of the antibody-drug combination, and explore other promising combinations.

Magenta Therapeutics of Cambridge has licensed this technology and is working toward developing and testing the approach in patients. The company presented preclinical data on anti-CD117 and other antibody-drug conjugates at the American Society of Hematology meeting in December 2018.

“Collectively, these results are transformative for the field of transplant research. They open up the possibility of transplanting safely and effectively, without putting patients through toxic treatments,” said Rahul Palchaudhuri of Harvard’s Department of Stem Cell and Regenerative Biology, who was co-first author on the paper.