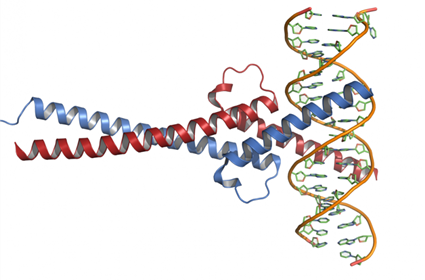 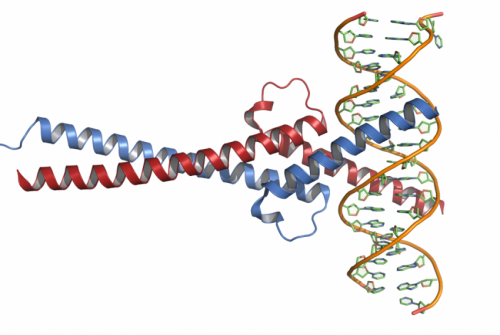 Malignant rhabdoid tumor (MRT) is one of the most aggressive and lethal childhood cancers.

Although rare—about 20 to 25 new cases are diagnosed annually in the United States—there is no standard effective treatment for the disease, which is driven by loss of an anti-cancer protein called SNF5. The chances are very small that a child will survive a year after MRT diagnosis.

Now researchers at Vanderbilt University have discovered that a pro-cancer protein, MYC, is normally inhibited by SNF5. Loss of SNF5 effectively “takes the brakes off” MYC, thus accelerating cancerous growth.

Reporting this week in the journal Nature Communications, the researchers conclude that blocking MYC could be “unexpectedly effective” in treating MRT as well as other cancers driven by inactivation of SNF5.

“One of the difficulties in treating a cancer like MRT is that it’s driven by the loss of a particular protein from the tumor cell,” said William Tansey, Ph.D., Ingram Professor of Cancer Research and Professor of Cell and Developmental Biology.

“Showing that MYC is activated by SNF5 loss identifies a target you can conceivably go after in these cancers,” he said.

Tansey, co-leader of the Genome Maintenance Research Program in the Vanderbilt-Ingram Cancer Center, is an internationally known expert on MYC, a family of three related proteins that are overexpressed in cancer and which contribute to an estimated 100,000 cancer deaths annually in the United States.

MYC proteins function as transcriptional regulators, controlling the expression of thousands of genes linked to cell growth, proliferation, metabolism and genomic instability. The Tansey lab is focused on determining basic mechanisms of MYC action that can lead to new strategies to target MYC in the clinic.