Study calculates costs associated with smoking by patients with cancer 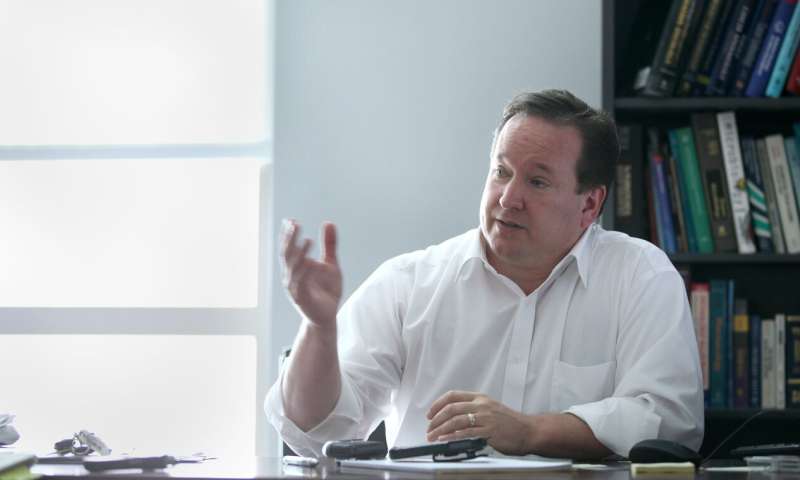 A study released today in JAMA Network Open reported that smoking after a cancer diagnosis is associated with substantial additional costs of cancer treatment.

Hollings Cancer Center researcher Graham Warren, M.D., Ph.D., says the study establishes a model to estimate the economic burden of smoking on cancer treatment, which is information that can benefit patients as well as health care providers.

“These data estimate that smoking could result in $3.4 billion in additional cancer treatment costs nationally if patients continue to smoke after being diagnosed with cancer,” says Warren, lead author on the study and professor and vice chairman for Research in Radiation Oncology at the Medical University of South Carolina (MUSC).

“We know that continued smoking can lead to bad treatment outcomes for patients with cancer. The 2014 Surgeon General’s Report concluded that continued smoking after a cancer diagnosis increases the risk of dying from cancer and other smoking related diseases. This is really the first time that the economic burden of smoking on cancer treatment has been estimated.”

The authors analyzed how smoking decreased the effectiveness of cancer treatment and estimated how much it would cost to treat recurrence caused by smoking.

Michael Cummings, Ph.D., co-author on the study, described the results as “really profound.” Cummings, a member of the Hollings Cancer Center’s Cancer Control Program and co-leader of tobacco control research at MUSC, says it’s been known for years that smoking in the general population increases health care costs because smoking causes so many diseases.

“With the rising costs of cancer treatment, we really wanted to understand the economic impact for cancer patients.”

Kathleen Cartmell, Ph.D., a study co-author and associate professor in the College of Nursing at MUSC, says the study establishes important groundwork to know the financial magnitude of how smoking can affect cancer treatment. “Now, we are better prepared to approach patients, providers and health systems to develop approaches to help prevent these costs.”

That’s no small feat, especially as the future of health care shifts more to value-based medicine that provides the best care at the lowest cost. A commentary on Warren’s study in JAMA Network Open published today states, “the study provides a tool for representing the economic consequences of a known clinical phenomenon to show that continued smoking during cancer treatment not only harms patient health but also creates a financial burden for patients, clinicians and the health care system overall.”

Warren says the study did not report on how smoking cessation would affect cost, but smoking cessation, even after a cancer diagnosis, is currently the best method health providers have to try and prevent the harmful effects of smoking on cancer treatment.

“The best decision a patient with cancer can make is to decide to quit smoking. The next step is to put resources into identifying the best treatment approach for all cancer patients, including those who smoke when they are diagnosed with cancer.”

Hollings Cancer Center Director Gustavo Leone, Ph.D., says the center’s Cancer Control Program has some of the leading experts pioneering advances in the area. Hollings is an NCI-Designated Cancer Center and the only one in the state.