The salt-craving neurons: How the appetite for salt is shaped by a taste for sodium 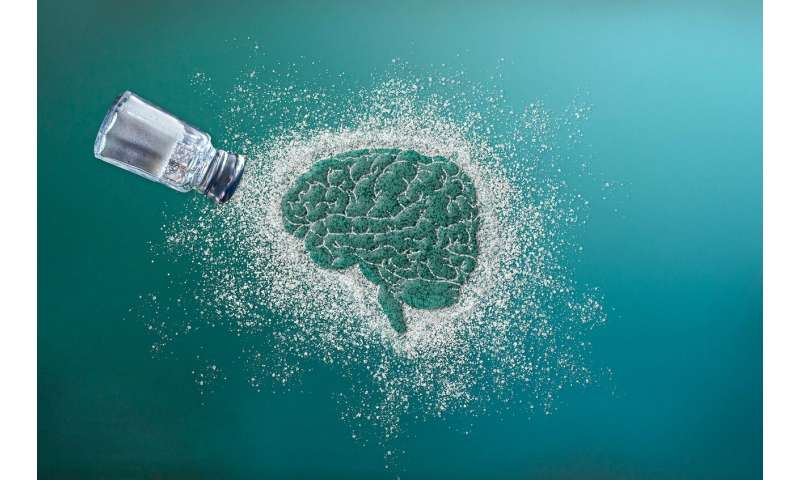 Potato chips, French fries, popcorn—whichever your preference, we all know that salt is a key component of many tasty foods. But eating too much salt has potential health risks and can lead to cardiovascular and cognitive disorders. Now, Caltech researchers have identified neurons that drive and quench salt cravings in the mouse brain. The findings are an entry point into regulating sodium cravings in humans.

The work was done in the laboratory of Yuki Oka, assistant professor of biology and Chen Scholar. A paper describing the research appears online on March 27 ahead of publication in the journal Nature. Oka is an affiliated faculty member of the Tianqiao and Chrissy Chen Institute for Neuroscience at Caltech.

Sodium—an ion found in table salt—plays a critical role in various body functions, such as cardiovascular activity, fluid balance, and nerve signaling. In every animal species, the body strictly regulates and maintains sodium levels. Because animals cannot metabolically create sodium themselves, the ions have to be ingested from external food sources. When the body is low on sodium, the brain triggers specific appetite signals that drive the consumption of sodium. Though the mechanisms of these appetite signals are not fully understood, a team of researchers has now discovered a small population of neurons in the mouse hindbrain that controls the drive to consume sodium.

Led by graduate student Sangjun Lee, the team used genetic tools to manipulate the activity of these neurons so that they could be stimulated with light. The researchers observed that artificially stimulating these neurons caused mice to lick a piece of rock salt repeatedly, even when their bodies were completely sated with sodium.

Next, the researchers measured the activity of these neurons while mice ate sodium. Within several seconds of sodium hitting the animal’s tongue, the activity of the sodium-appetite neurons was inhibited. However, a direct infusion of sodium into the stomach of these mice did not suppress the neural activity. This neural suppression also did not occur when sodium receptors on the tongue were pharmacologically blocked. Taken together, the research shows that oral sodium signals, likely mediated by the taste system, are necessary to inhibit the sodium-appetite neurons.

“The desire to eat salt is the body’s way of telling you that your body is low on sodium,” says Oka. “Once sodium is consumed, it takes some time for the body to fully absorb it. So, it’s interesting that just the taste of sodium is sufficient to quiet down the activity of the salt-appetite neurons, which means that sensory systems like taste are much more important in regulating the body’s functions than simply conveying external information to the brain.”