Few child-marketed products seem to stand on more anecdotal evidence than weighted blankets for kids; for every parent with a success story of how well one works to calm their child, there’s another parent complaining about the $75 they spent on a blanket that now sits, unused, inside a closet.

For example, Kirsten P., a mom of eight-year-old twins, reports that her autistic son loves his weighted blanket and uses it every night.

“He’s had sleep issues for years [but the blanket] helps tremendously,” she says. “It calms him instantly.”

But when Debbie K. offered her son, who has attention-deficit/hyperactivity disorder (ADHD), a weighted blanket to ease his long-time sleep struggles, he found it too hot to comfortably sleep with. He was nine years old at the time, and she says they’ve continued to search for alternative solutions to his sleep issues since then.

So what’s the real deal here…do weighted blankets work for special needs kids or not? Unfortunately, there’s no single answer–sensory needs are highly individualized, so what helps one kid might do literally nothing for another. And while the American Sleep Association claims there’s reason to believe that weighted blankets can help adults with anxiety and insomnia, there’s a glaring lack of evidence proving they can have the same effect on kids.

But one thing is pretty clear: The popularity and accessibility of weighted blankets is growing, making it harder for parents of neurodiverse and neurotypical kids alike to figure out what they actually do (and whether or not they’re deserving of all the hype).

What are weighted blankets, exactly…and why are they everywhere?

A weighted blanket is basically just what it sounds like: a blanket filled with some kind of weighted materials (commonly plastic pellets or beads) designed to provide comforting, deep pressure to the user. Occupational therapists (OTs) often recommend them to kids with sensory needs–like ones with autism spectrum disorder (ASD), ADHD, or sensory processing disorder (SPD)–because they can have a soothing effect on the nervous system.

“The idea is that deep pressure touch, like a gentle squeezing or a massage, can have a calming effect on the body, especially for kids who are highly aroused or have difficulty calming down,” says Sarah Selznick, a pediatric occupational therapist from Virginia. “It can improve concentration and attention, help kids focus, and help them stay in their seat for a longer period of time.”

Experts know that kids with ASD, in particular, can react uniquely to sensory stimuli, including touch; according to Autism Speaks, some ASD children may be hyper-sensitive, preferring to wear tag-free clothing, while others may be hypo-sensitive enough to actually have a lower sensitivity to pain. For kids with hypo-sensitivities, who crave touch stimulation, weighted blankets may provide the right kind of sensory input.

But what started as an OT-approved tool for kids with sensory needs–and was only available at specialty stores or online–can now be found in the aisles of big box stores like Target, which sells them under their kids’ Pillowfort line (and as part of their company-wide efforts to offer more sensory-inclusive apparel and decor). And now that they’re more widely available, the blankets are benefiting from a broader marketing campaign. It seems like manufacturing companies are recommending them to nearly everyone, trying to convince parents that their neurotypical kids with anxiety and sleep issues could benefit from weighted blankets, too. 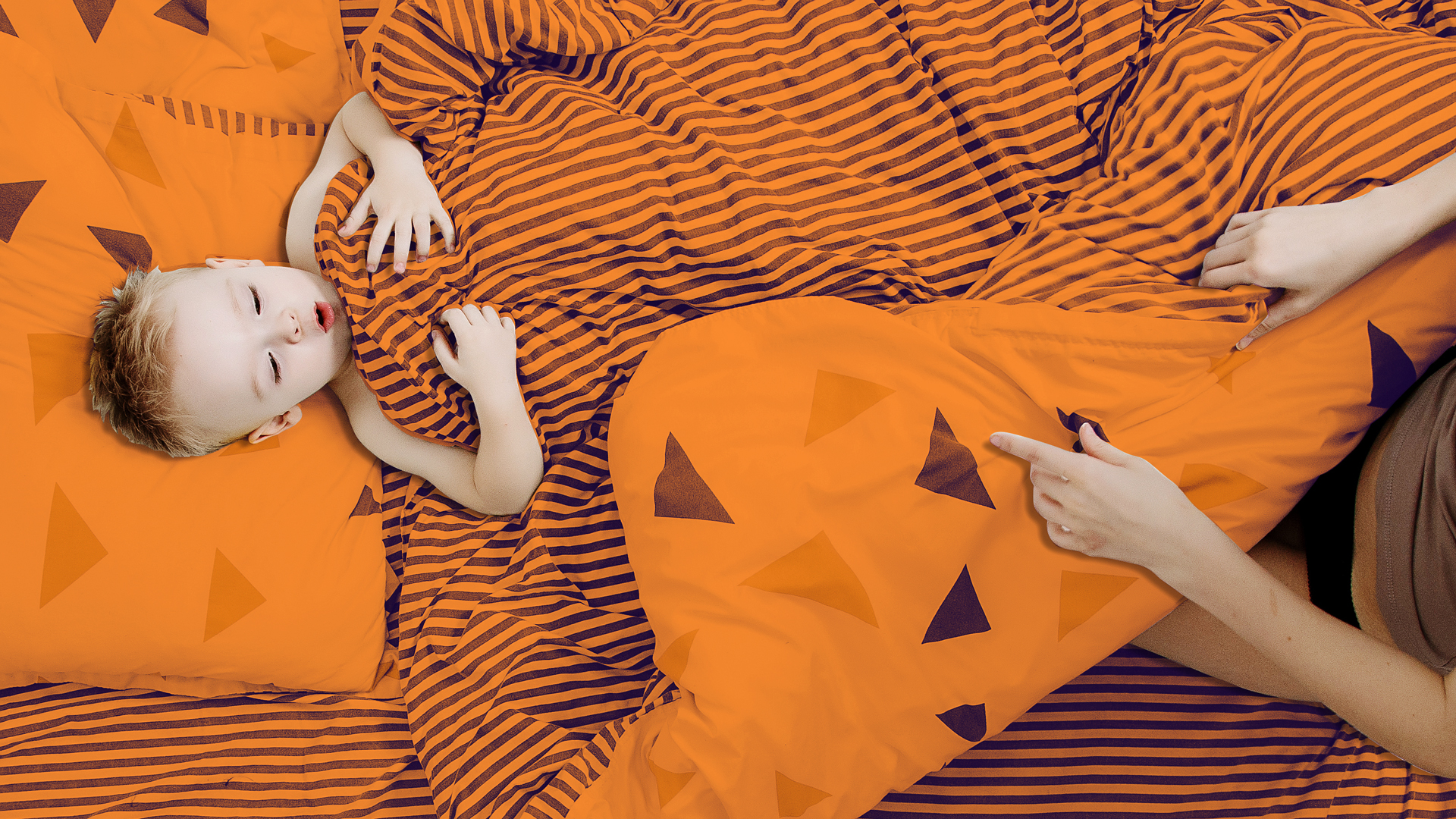 The important question at this point is do these blankets actually work for any kids?

Less specifically, a few studies examine the effects of therapeutic treatments called sensory integration interventions, a range of physical movements and sensory inputs designed to help a child with self-regulation which may include the use of weighted blankets. Those interventions fare slightly better: a 2011 study published in the American Journal of Occupational Therapy showed improvements to social skills and sensory processing when sensory integration interventions were applied to ASD kids, and a 2014 study published in the Journal of Autism and Developmental Disorders found that ASD children exposed to these interventions fared better when scored on self-care and socialization.

“There is data to support that sensory integration intervention results in positive outcomes, but that’s a really broad [statement],” says Mandi Silverman, Psy.D., senior director of the autism center at The Child Mind Institute. “There are so many different kinds of sensory needs–tactile, vestibular, proprioceptive–and some sensory inputs work for certain people, while others just don’t.”

Basically, it’s not wrong to say that deep pressure touch can work to calm the nervous system and soothe anxiety–but there’s literally no way to know who it will work for. Its success is completely individual; to find out if your child responds to it, you’d have to buy a blanket and try it out. Since there is an expense associated with the blankets (a quality blanket can cost anywhere between $50 and $120, depending on the size/weight needed), that may understandably not be a risk you’re willing to take.

Just one piece of the puzzle

If you’re fretting over the fact that an expensive blanket (which may not actually help your kid at all) simply isn’t in your budget, stop right there–even if your child did respond well to deep pressure touch, a weighted blanket still wouldn’t be a miracle cure for his sensory needs, and would certainly not be the only therapeutic approach recommended by his care team.

Despite being more popular in the occupational therapy world, Selznick also views weighted blankets as just one piece of a much larger puzzle–not the entire solution to the sensory challenges a child struggles with.

“I think a blanket works as one tool in a whole sensory diet,” she explains. “It’s not going to reduce the symptoms of an ADHD kid so they can function in a classroom. Clinically, it’s a standard tool that many professionals will use as part of an overall lifestyle change.” 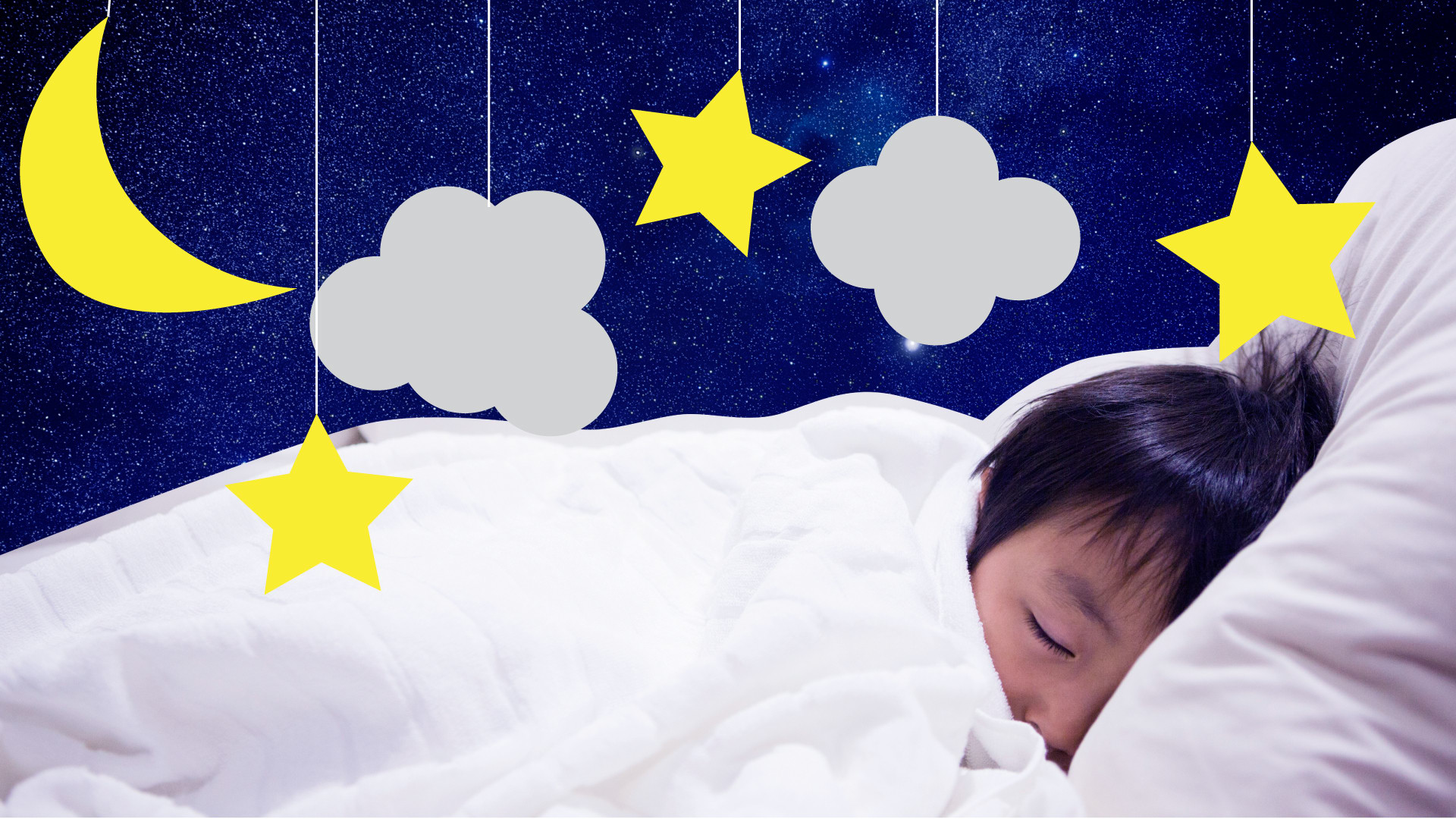 What to keep in mind

If you’re still thinking about taking the plunge and trying a weighted blanket, there’s definitely some things you need to know first. The appropriate size and weight of a weighted blanket should be scaled to the person using it; there are no fixed rules, but most manufacturers suggest starting with ten percent of a child’s body weight and adding one pound. For example, a child weighing 50 pounds should use a blanket weighing about six pounds. (FYI: infants should never use weighted blankets; per St. Louis Children’s Hospital, it could create an unsafe sleep environment.)

Selznick recommends the blankets be used for short periods of time, in situations where the child can easily remove them when they stop having a positive effect. Although the blankets are often marketed as sleep aids, Selznick personally doesn’t recommend allowing a child of any age to sleep with the blanket because there are too many variables (it could become too hot, or the filler materials could become a choking hazard). That said, different professionals will have different opinions on the use of weighted blankets for sleep, so it’s important to talk to your child’s pediatrician or care team before deciding how and when to use yours.

Silverman flags an additional reason to think twice before buying a blanket without the supervision of a medical professional, especially if your child isn’t currently diagnosed with any sensory disorders and isn’t under the care of any physicians or therapists.

“If parents have a significant concern about their child’s mental health–be that anxiety, nightmares, depression, or something else–a weighted blanket should not be the first step in your approach,” she says. “You need to see a mental health professional…you could delay access to support and treatment for your child by spending time trying out a weighted blanket first.”