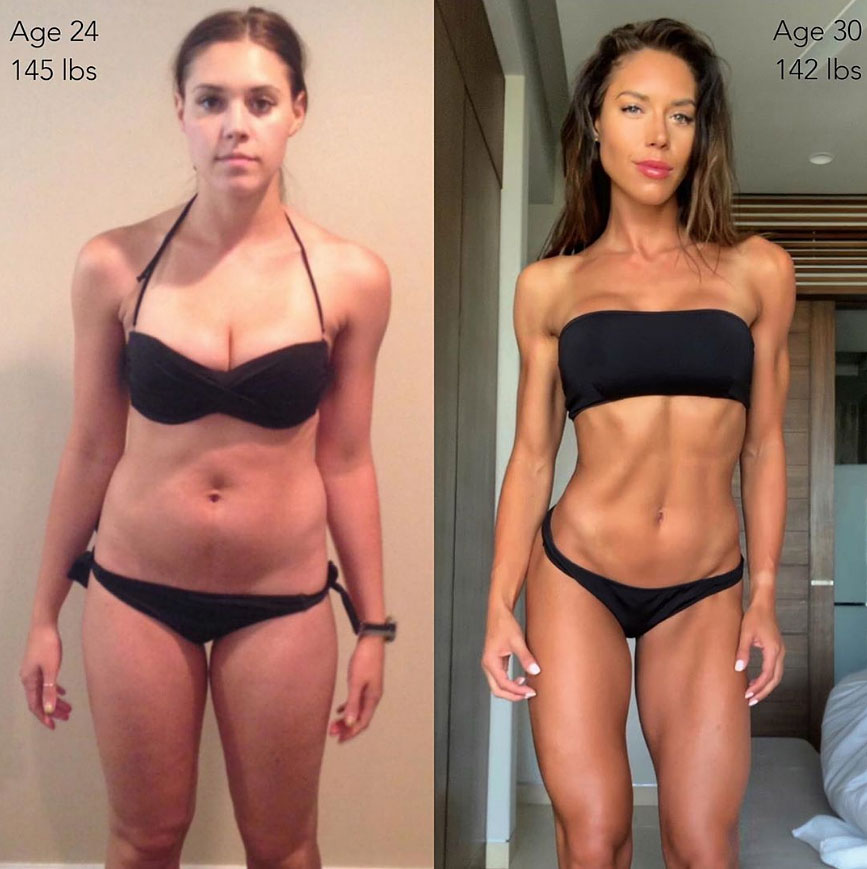 With over 2.5 million Instagram followers, Kelsey Wells is one of the most influential #fitfluencers online. And she’s using her platform to show what a huge difference working out makes in body composition, if not the number on the scale.

On Thursday, October 10, the PWR workout program founder shared incredible before-and-after photos of herself in black bikinis that are six years and just three pounds apart.

In the first pic, Wells is age 24 and weighs 145 pounds. In the second image, she is 30 years old and weighs 142 pounds — but the visual difference is amazing. While the 5-foot-6 and a ½ inch trainer looks healthy and has a normal-range BMI of 23.1 in the first image, the second photo shows her toned from head-to-toe with a narrow waist and majorly impressive six-pack abs. Still, the pro told fans, it’s not aesthetic difference she was going for with these images. 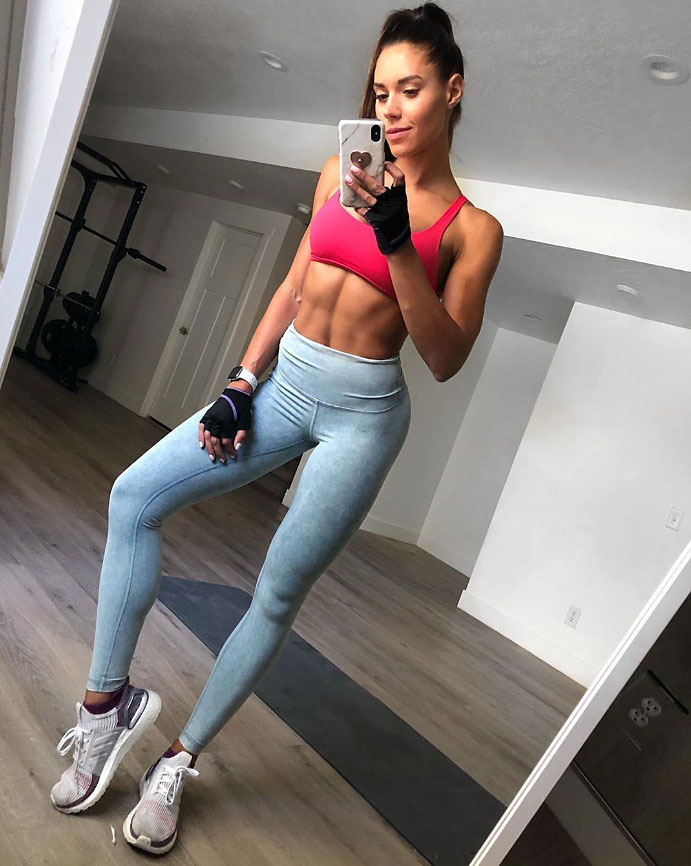 “I understand more than you may think,” Wells started her lengthy caption. “I know how difficult it is to get active when you have a sedentary lifestyle and view exercise as the ultimate chore. I understand the struggle that comes when you drink more soda than water, eat more fast food than veggies, and view ‘healthy eating’ as extreme restriction or fad diets. I understand how it feels to repeatedly resolve to start, only to ‘quit’ less than a week later. I understand the stress of feeling there is too far to go, when a healthier lifestyle seems an insurmountable feat. Those things are hard.”

But, she noted, working out doesn’t have to be punishing — nor does it need to be about a number on the scale. The ultimate goal of getting fit should be ditching a negative view of your body and a toxic way of thinking.

“The only difference that matters between these photos is not visual, it is SELF-LOVE,” she wrote. “My body was beautiful then. But I was UNHEALTHY mentally, emotionally, and physically and therefore I failed to see that. Utilizing fitness as my primary tool for self-empowerment resulted in simultaneous physical and mental transformations, but let me be clear— MY HEALTH, HAPPINESS, CONFIDENCE, AND SELF-LOVE are not predicated upon aesthetics. That is not how it works.” 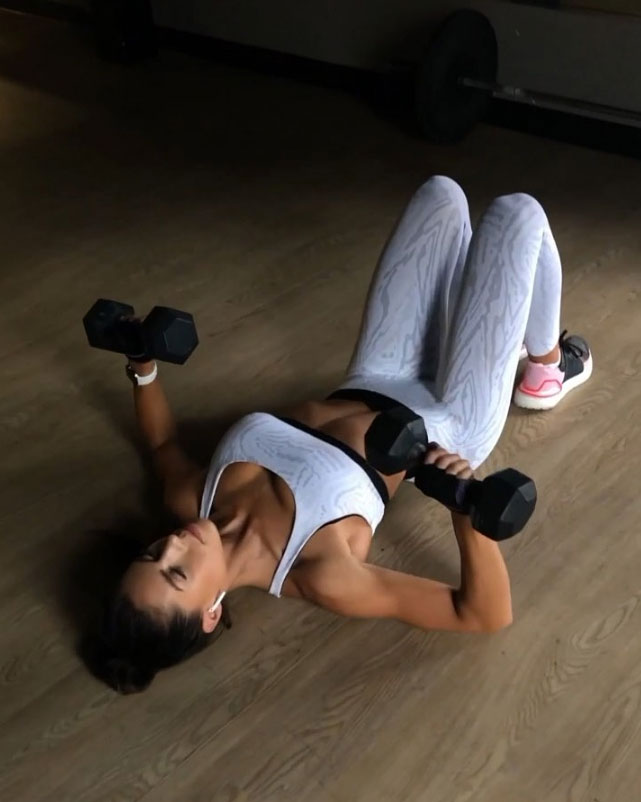 She ended her post with an empowering, body-positive message: “You are brave. You are strong. You are powerful. Do you know that? Uncovering and discovering this truth for yourself and IN yourself — self-empowerment— is what fitness is for. It is about caring for our HEALTH. Mental, emotional, and physical.🖤⚡️#screwthescale.”

Wells posted a similar comparison image in 2016, where she also included a photo of what she looked like at 122 pounds. Later that year, she shared a photo of herself with a bloated stomach that went viral.