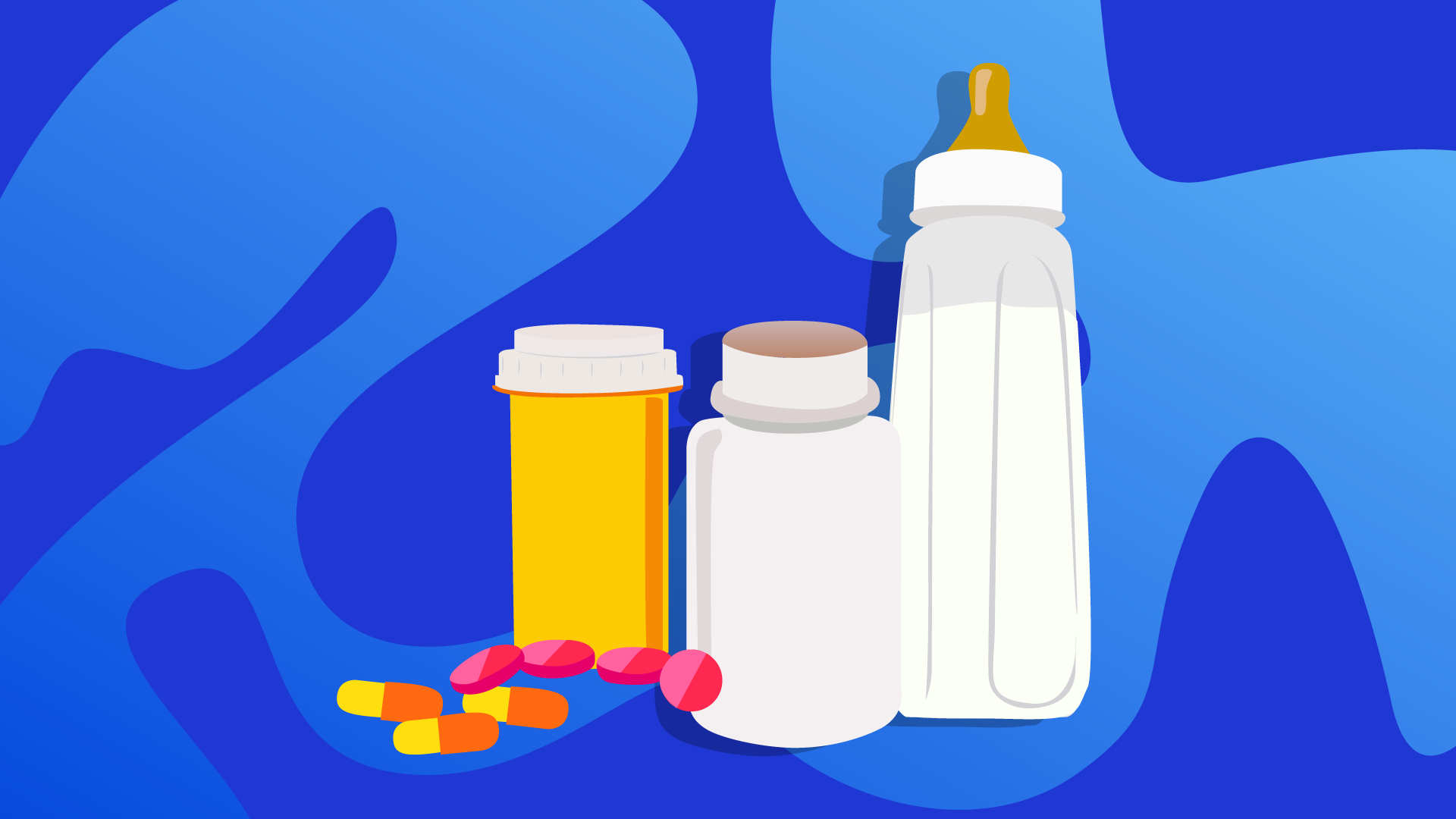 When I learned I was pregnant with my second child, I was overjoyed. My husband and I had been talking about expanding our family for years, but nothing was happening. Things didn’t quite “click,” or line up. But by Father’s Day, I could sense something was different. Something inside me had changed, and so I took a pregnancy test. I got a negative result. Undeterred, I waited a few days. I counted down the hours until I could retest and, when I did, I got the results I already new. I was pregnant. We were going to have another child. However, after the excitement wore off, fear set in. I have bipolar disorder and anxiety disorder, and I knew pregnancy meant one thing: I would have to come off my meds. Immediately. Was it even possible to take antidepressants while pregnant let alone mood stabilizers or benzos?

I called my psychiatrist the following Monday and shared the news. I expressed my concern and asked what my options were, and I quickly learned they were limited. My mood stabilizers were a no-go. So was the Xanax. The only thing I could take during pregnancy was an antidepressant, but my current antidepressant wasn’t compatible.

It was untested in pregnant women.

So what was my best choice? According to my doctor, it was Zoloft, as it is a well-researched prescription that has shown little to no impact on the fetus. But I was still afraid. Studies don’t make the medication reliable; testing doesn’t make it tried-and-true; and the research isn’t foolproof.

No matter how “safe” a medication may be, it still comes with risks.

So I opted for the meds. We started with a low, low dose.

That said, deciding to take antidepressants during pregnancy was (and is) a very personal decision. There is no right or wrong approach. Instead, it is one you must make smartly, soundly and with the help of your doctor.

So how does one make a good decision? A wise decision? A thoughtful and safe decision? According to Dr. Pec Indman, a marriage and family therapist and coauthor of Beyond the Blues: Understanding and Treating Prenatal and Postpartum Depression & Anxiety, you must do a cost-benefit analysis.

“You always have to weigh the risk of medication,” Indman told Parents, “against the risk of illness.”

And for me — someone who struggled with severe postpartum depression and has battled mental illness most of her life — avoiding the lows was imperative, as one of the symptoms of my depression is graphic and extreme suicidal thoughts.

Of course, I would be lying if I said everything was perfect. That my pregnancy has been depression-free. I have been despondent and emotional. My moods swing frequently, and the exhaustion has been overwhelming.

I have been unmotivated: to stand, to shower, to brush my teeth.

One day, I found myself so broken I was crying on the bus.

And so I called my doctor in a moment of fear, desperation, hopelessness, helplessness and despair. And I talked. He listened. Then, together, we decided to adjust my meds.

You see, I need something to keep me balanced. To keep my head clear and my moods stable. I am not embarrassed by this fact. I am completely unapologetic and — pregnant or not — I am not ashamed. But I still worry how my decisions may impact my unborn babe.

At eight months, I yearn to hear my little take his first breath. I can’t wait to see him kick, flail and cry, and I am desperate to count his fingers and toes. But I know I am giving him the best start possible by giving him the healthiest version of me possible. And that? That is worth something.

Scratch that: It is worth everything.