Why on Earth Do ‘Sexy’ Halloween Costumes for Little Girls Exist?

It’s that time of year again. The Halloween party invites are in, my kids have already chosen and re-chosen five different costume ideas, and I’m not wasting any time Googling “awesome handmade Halloween costumes” because, well, I know myself. I will, without fail, be traipsing around the local costume shop in a mild panic on or around October 28.

It’s a shopping trip I dread — not because I hate Halloween, but because I hate walking down the girls’ aisle with my 7-year-old daughter. Every year, I pray for something more inspiring, more creative, more age-appropriate than the overtly sexual ensembles claiming to be witches, zombies, devils and superheroes. (Since when did Batgirl wear a mini skirt?) They don’t have the word “sexy” on the packaging — sexy witch, sexy devil, etc. — but they may as well have: low cut tops, bare midriffs, corsets, short skirts and sequins galore.

Just as bad are the costumes that don’t know what they are. Is she a witch? Is she a vampire? Is she a generic fairy tale baddie? Whatever she is, she’s sexy as hell, she’s available in age 4-plus, and she may come with a name like Midnight Mischief, which sounds more like the name of a Mills & Boon novel. Not recommended-reading for a 4-year-old the last time I checked.

When I think back to when I dressed up as a witch for Halloween, I remember the fake warts on my nose, the gray strands in my long-haired black wig and the long, sweeping cloak. I do not recall a corset top and fishnets.

If a 13-year-old wants to dress up as a “sexy” witch, I don’t have a problem with that. While I’m not sure I’m completely on board with that line from Mean Girls (“Halloween is the one day a year when a girl can dress up like a total slut and no other girls can say anything else about it,”), I do believe that adolescent girls should be able to expose skin and explore their sexual selves — whether it’s Halloween or not — without feeling ashamed or vulnerable. But I don’t have a teen — or even a tween — yet. I have a 7-year-old, and I don’t want her thinking the only version of Halloween costumes available to her are “sexy,” or even “pretty.” Because where’s the creativity in that?

Yes, my issue with these costumes goes beyond the unnecessary sexualization of young girls. For kids, Halloween should be about fun and transformation. Their options for costume creativity should be limitless so their imaginations can run wild. Little girls who want to dress as, I don’t know, Charlie Chaplin or Beetlejuice or an avocado should be celebrated for their inventiveness, not told they don’t look attractive enough.

It goes both ways, of course. Not all little boys want to dress up as ghosts, ninjas, Stormtroopers or monsters. My favorite part of Halloween last year was opening my front door to a couple of young teenagers. The boy was dressed as Dorothy from The Wizard of Oz; the girl was the Tin Man. Yup, they got all the candy.

Luckily, my daughter has no desire to be a sexy witch or a sexy cheerleader or a sexy zombie. Last year, she was a bat. The year before that, she was a bat. I suspect this year may be a hat trick — although she does have a flamingo costume she likes to wear around the house. 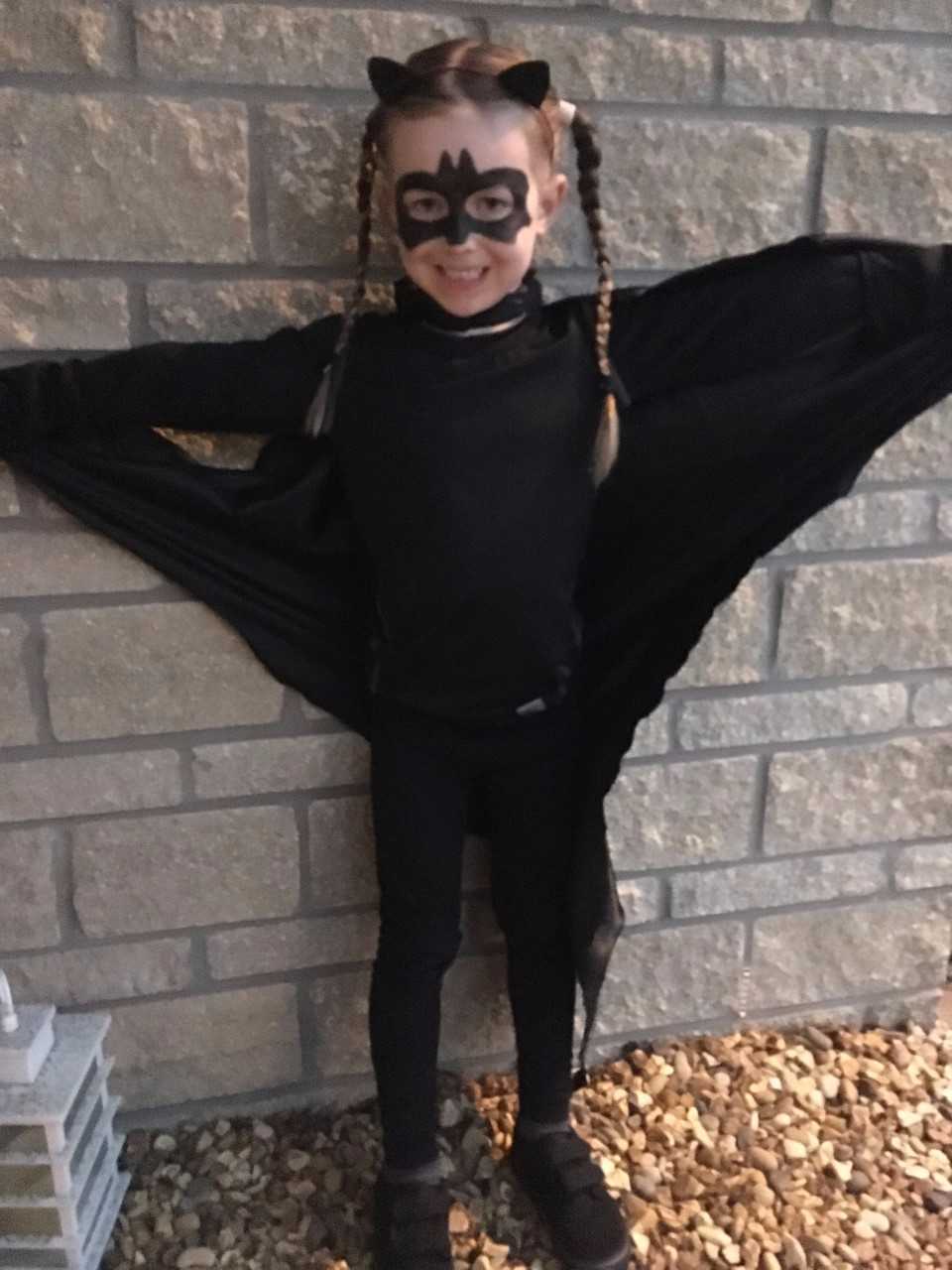 I’m thankful my girl doesn’t feel the pressure to wear a sexualized Halloween costume, no matter how many of the little girls in her class do. At the annual school Halloween disco, she’ll stand out as the only 7-year-old girl dressed as a bat (or possibly a flamingo). The thing is, I don’t really want her to stand out. I think creativity should be the norm. There’s something sad about the world when a 7-year-old girl dressed as a bat is more of an oddity than an entire class of 7-year-old girls dressed in costumes that would not look out of place on a stripper.

I want my daughter to grow up feeling comfortable in her sexuality — whatever form that takes — and to have the freedom to express that however she so desires. But that doesn’t mean I’m OK with her being taught at such a young age that her sexuality and looks should be valued above other traits — on Halloween or any other day of the year.

Sexy witch, the show’s over.

A version of this story was originally published in October 2017.