College is a time of transition, but for those managing chronic medical conditions, it may also be the first time they will be wholly responsible for their own health: setting appointments, securing supplies and pharmaceuticals, and monitoring symptoms.

For those heading to schools far from home, it can be especially tricky navigating the complex world of insurance to pay for such crucial care. Coverage networks from back home might not cover a patient’s new doctors or a trip to an urgent care clinic. New plans may not cover the same medicines or procedures.

“Insurance doesn’t make sense to even people in health care,” said Jenna Riemenschneider, director of advocacy and special projects at the Asthma and Allergy Foundation of America.

Ensuring continuity of care and having medical support at school allow students to better pursue their studies and enjoy the college experience, health experts said. They recommend students and their families study up before heading to campus. Make calls to local or university health center providers and secure appropriate insurance to help make a smooth transition.

“You have to do some real due diligence to make sure you have the right protections,” said Erika Emerson, executive director of the Diabetes Leadership Council. “There are some things that are OK to whiff on, like if some things don’t happen and you learn a hard lesson, fine. Health care isn’t one of those things where there is a whole lot of forgiveness for mistakes that can be costly in terms of health outcomes and, certainly, financially.”

Sam Grover was turning 26 around the time he headed from Utah to New York City for a medical school program. Per federal law, he would no longer be eligible to remain on his parents’ insurance after his birthday.

Grover, who has Type 1 diabetes, needed to be able to pay for his medical supplies, including a continuous glucose monitor, pump and insulin that keep his blood sugar levels in a safe range. After exploring his options, he enrolled in Medicaid, the federal-state health insurance program for low-income Americans.

“Growing up, I never saw myself as someone who would be in need, but then times changed, and I got diabetes, and I turned 26, and I didn’t have a job,” said Grover, who has one year left in medical school before beginning his residency. He said he hopes his work as a doctor will help make good on the help he received as a student from the government-sponsored health program.

“It’s been the biggest blessing,” he said, adding that the cost of equipment and supplies to manage diabetes is expensive. “Just knowing that I am able to manage my diabetes while I am a student alleviates a lot of stress and anxiety that comes with having diabetes.” 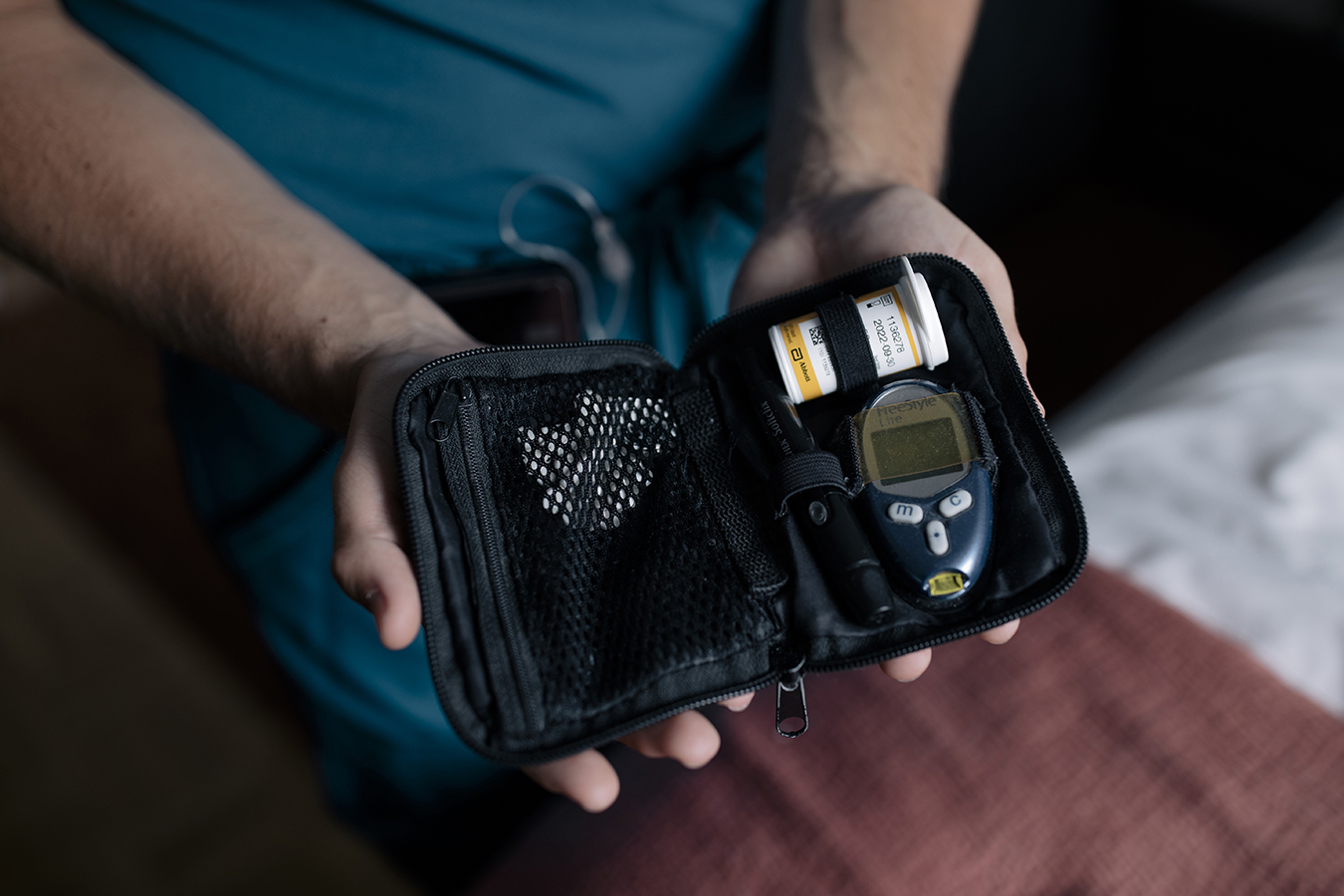 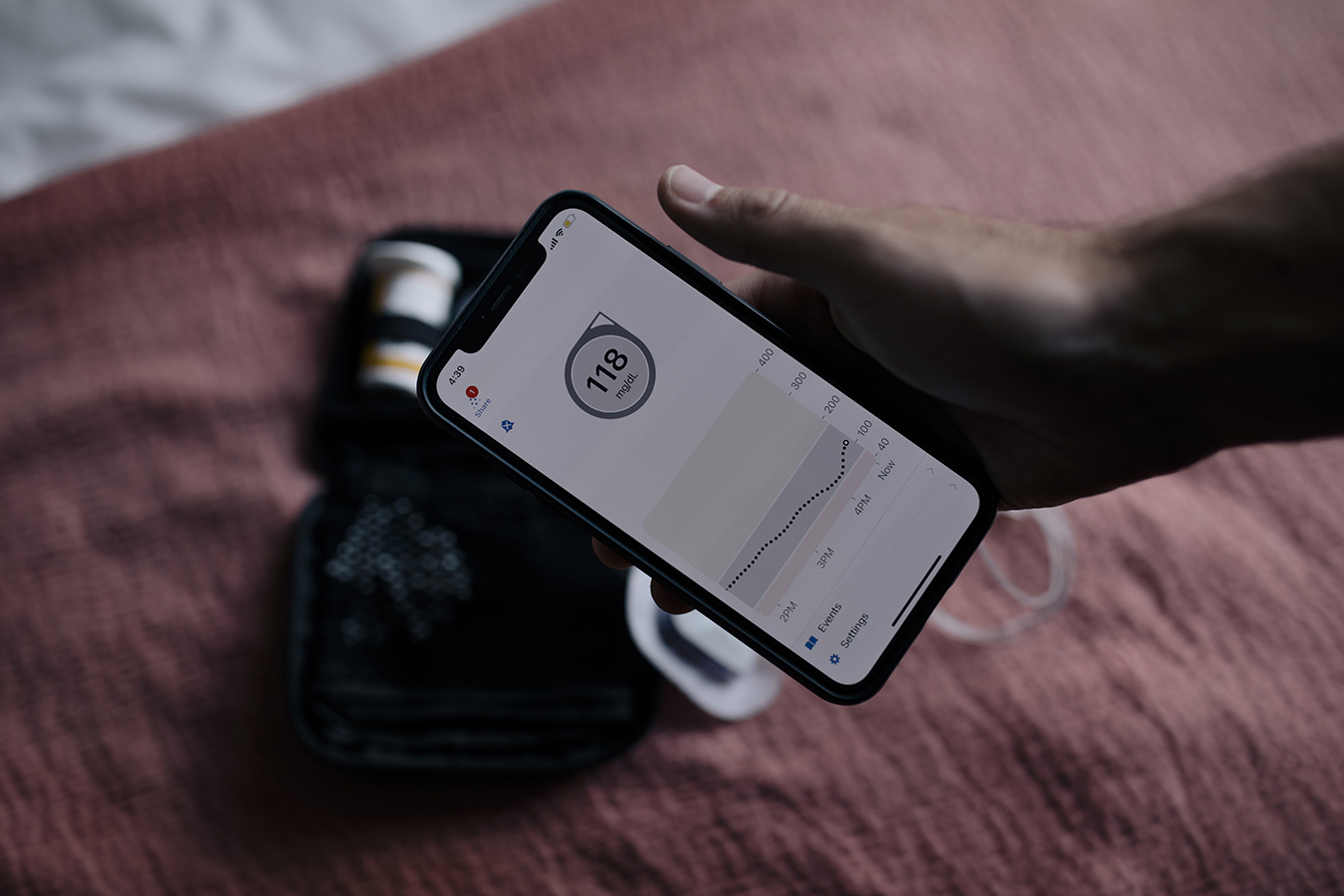 Medicaid benefits are typically valid only in the state where the plan originates, and not all states have expanded coverage to more adults under the Affordable Care Act. If Medicaid isn’t an option, experts said, individual coverage through ACA insurance exchanges can be good options for students, especially if they can use federal tax credits and subsidies to make those plans more affordable.

As with most insurance options, students must clearly understand whether coverage extends beyond the location of their university, and if it covers specialist care and required medications. They also need to be aware of which ongoing out-of-pocket costs they’re responsible for.

For many students younger than 26, remaining on a parent’s or guardian’s insurance might be the best option. Experts said it is imperative to read the fine print to be certain coverage is comprehensive and extends to where they attend school.

Both of Kathy Przywara’s children have asthma, and one has food allergies. Both left California to attend schools in rural Pennsylvania. After doing research, the family kept both on their existing insurance policy, but they still had to find in-network providers near the two schools.

While they were able to transfer one student’s prescriptions to a national chain pharmacy, that was not an option for the other. Przywara, who is also senior community director for the Asthma and Allergy Foundation of America, worked with a local pharmacy to ensure prescriptions were filled. The pharmacy already had a delivery program in place to the school’s health center, making it easier for students to obtain medications.

Przywara said mail-order pharmaceuticals, if covered by insurance, might also be an option for students. Some insurance covers prescriptions for multiple months of medication.

“Know what’s in your policy and make sure that the things you are going to need are covered,” Przywara said. “It’s important to keep your condition managed. That means access to your physicians and to your medication, or else the financial burden gets worse.”

Despite one’s best efforts, Pryzwara and others cautioned, emergencies can happen. Therefore, it is important for students to determine whether urgent and emergency care centers nearest them are in their network. Under the Affordable Care Act, initial emergency care should be covered but other services might not be.

Many schools require students to have health insurance and offer university-sponsored plans, said Jake Baggott, a past president of the American College Health Association and an associate vice chancellor of student affairs at the University of Wisconsin-Madison. He said that while some university health programs are equipped to deal with more complex medical issues or diagnostics, others are not. Students need to be clear on the details, such as whether their policy covers off-campus care.

Shay Webb, 22, a University of North Carolina-Wilmington graduate student earning a master’s in clinical research and product development, thought she was covering her bases when she purchased a university-sponsored policy in 2017 as an undergrad. She got the policy to help offset the out-of-pocket expenses for her Type 1 diabetes not covered by a parent’s insurance policy.

After moving onto campus, Webb was diagnosed with rheumatoid arthritis. She believed the student policy would help cover her increasing medical expenses.

Several months later, she learned her claims weren’t being processed. The insurer told her it would not pay the claims because she was not attending class in person even though she had remained a full-time student, lived on campus and had no say in whether classes were online or in person. The online program was part of the university’s effort to simulate the real-world experience of professionals in her field.

Webb and her family were left with thousands of dollars in unexpected medical bills.

“Unexpected health costs are a tremendous burden,” Baggott said, adding that for students who may be taking on tuition debt, unexpected health costs can make things much more difficult to manage. Baggott and others said students should seek assistance from campus staff members, advocacy organizations or other experts should any issues occur. 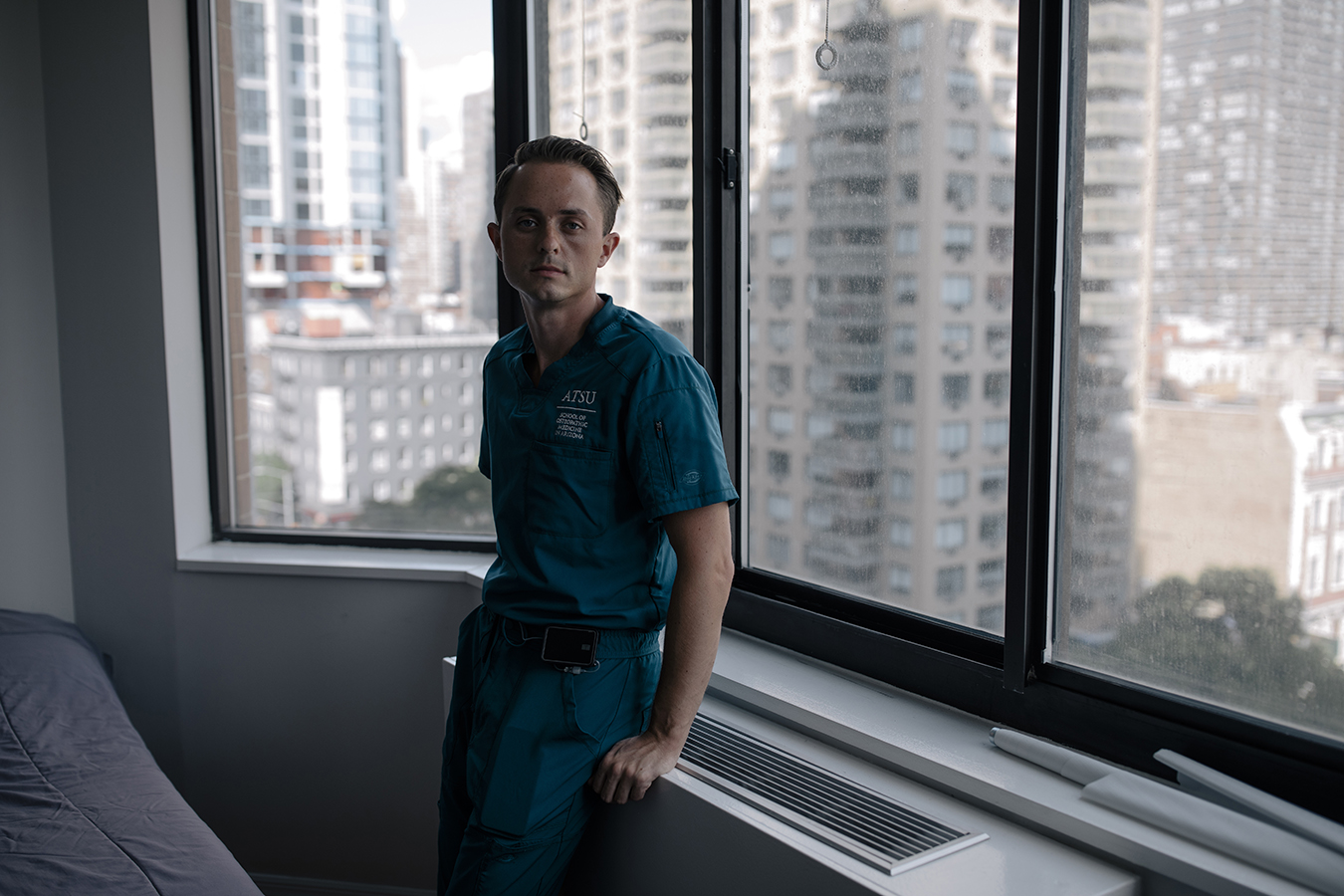 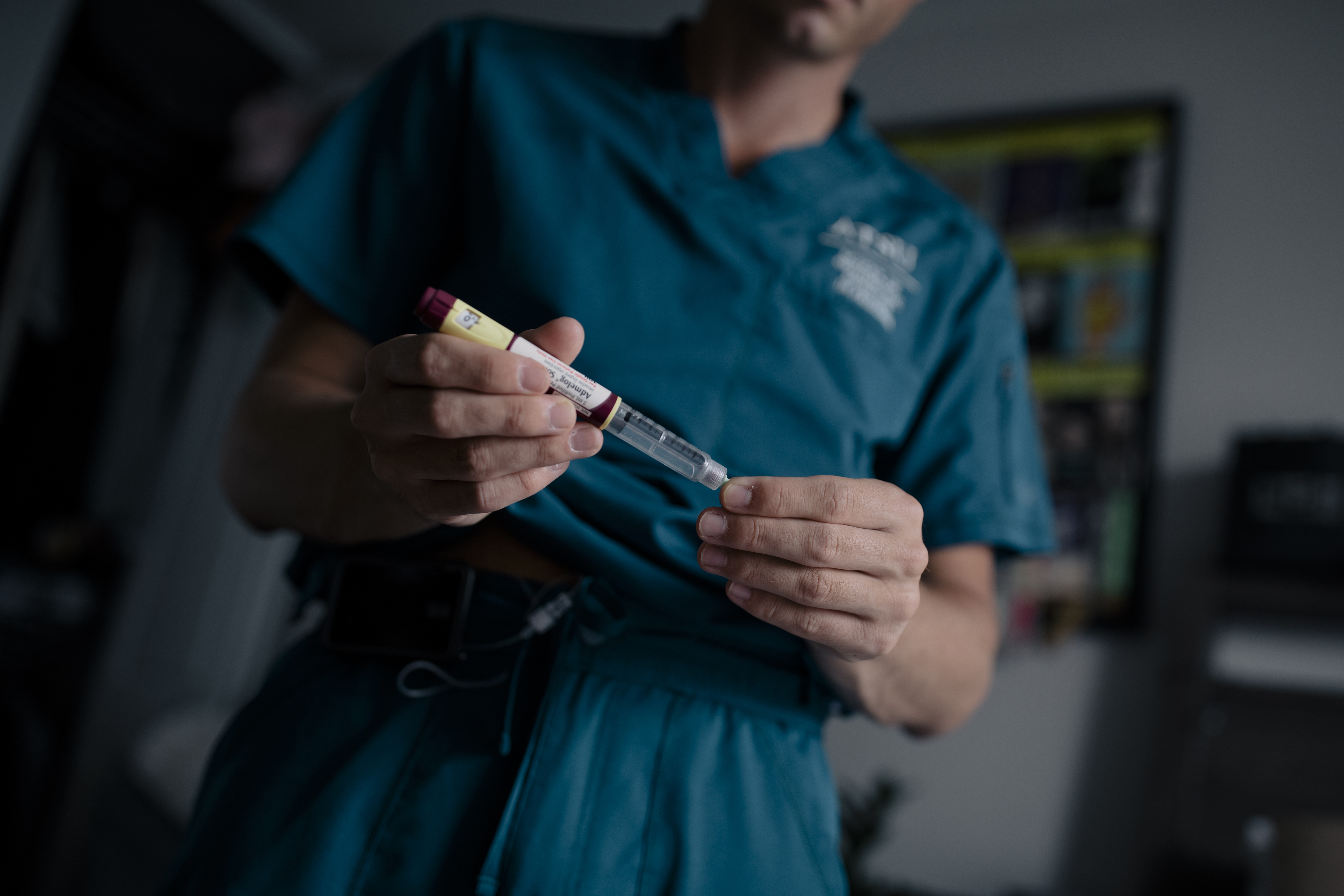 The Bottom Line: Know the Details Before Signing

Before someone commits to an insurance plan, it is important to understand the specific type of plan, which entity is offering it and exactly how coverage works. If problems arise, students should be sure they can switch plans as needed.

The Partnership to Protect Coverage, a consortium of patient advocacy organizations, issued a report stating that insurance rules implemented during the Trump administration have allowed for the proliferation of plans that do not comply with the Affordable Care Act. These plans, such as short-term insurance options and health care sharing ministries, expose enrollees to financial risk, especially people with preexisting and chronic medical conditions.

“Exhaustively look through all of your options. Look through benefit plans. Call providers. Call the insurance company,” said Erin Hemlin, director of health policy and advocacy at Young Invincibles, a group based in Washington, D.C., that focuses on improving the economic security of young adults. “Double- and triple-check to ensure your child is going to be in a plan that is going to be there when they need it.” 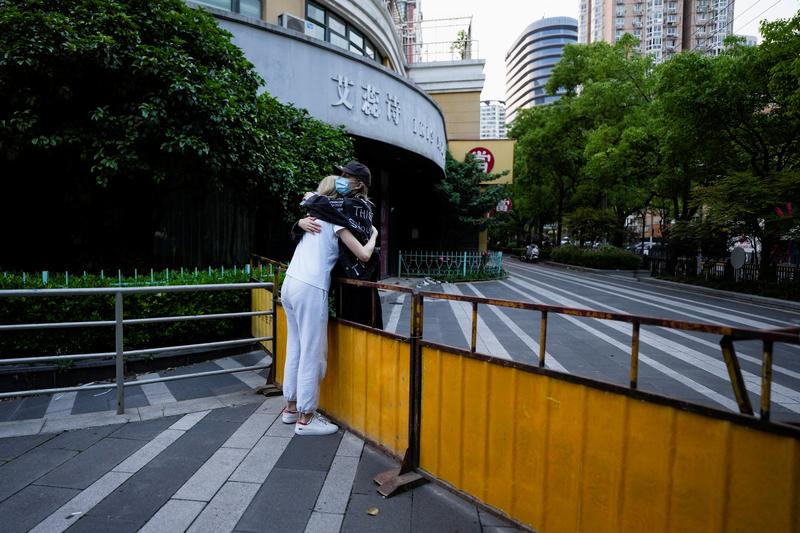