This Type of Eye Surgery Can Actually Make Vision Worse 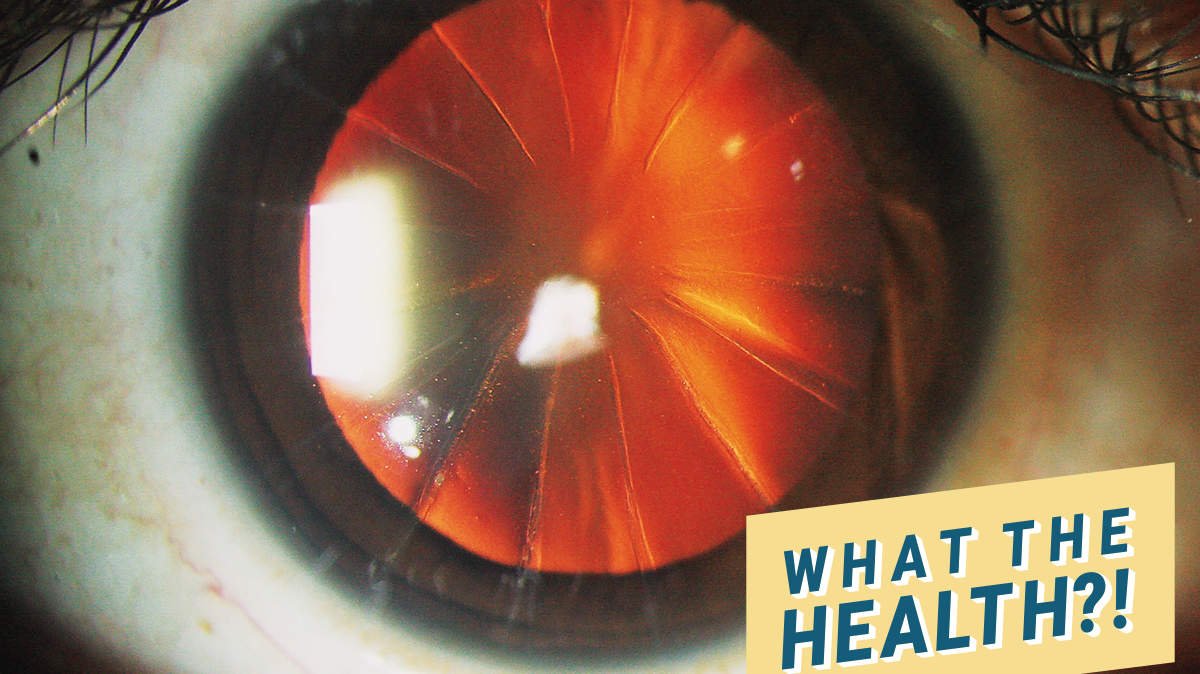 Before there was LASIK, there was radial keratotomy—a type of eye surgery frequently performed in the 1980s and 1990s to correct nearsightedness. Back then, doctors knew it could help people see better right away, although they didn’t actually know what the long-term effects of the procedure might be.

Now, eye experts know that radial keratotomy didn’t actually solve vision problems in the long run; in fact, for many people, it made them worse. In this week’s issue of the New England Journal of Medicine, doctors describe one such case of eye surgery gone wrong—complete with a close-up photo that shows how slicing up the cornea (yes, literally) can have lasting effects.

The new report, published as part of NEJM’s Images in Clinical Medicine series, focuses on a 41-year-old ophthalmology patient whose vision had been deteriorating for the past 20 years. She’d previously been prescribed glasses, but her vision had undergone a “hyperopic shift” since then, meaning that her close-up vision had gotten worse.

A thorough exam revealed that the woman had 16 telltale incisions in her cornea: thin slices extending from the outside edges about a third of the way in toward the center. When the doctors asked, she confirmed that she’d had radial keratotomy to correct myopia (nearsightedness) 23 years before.

At the time of the procedure, the patient reported, she’d had no immediate problems. “However, the procedure is associated with a number of complications,” the authors wrote in their report. “Overlapping or excessively central incisions may lead to reduced visual acuity, and corneal scarring is associated with glare and halos.”

People who have had this procedure are also at risk for farsightedness—meaning they have trouble making out details close to them—that gets worse over time, the authors added. Occasionally, because the incisions have weakened the cornea, the eyeball can rupture if it’s disturbed by some type of trauma.

Laser technology and modern-day procedures like LASIK have made radial keratotomy obsolete, but the procedure “did play an important role in the history of refractive surgery,” according to the American Academy of Ophthalmology. (In LASIK, tissue is removed from the central cornea using a laser, while radial keratotomy involved incisions around the edges with a diamond-bladed knife.)

A study of more than 400 radial keratotomy patients published in 1994 found that 10 years after having the procedure, 85% of people had 20/40 vision or better. Even more impressive, 53% of them had 20/20 vision or better, and only 30% of them wore glasses or contact lenses for distance viewing.

But the study also found that some people developed corneal scarring, blurry vision, and other eye complications as a result of the surgery. Some also developed bacterial infections months or years later.

And while the procedure seems to have improved how people saw things in the distance, doctors also found that close-up vision had gradually gotten worse in 43% of radial keratotomy–operated eyes. The farther a patient’s incisions extended into the center of their cornea, the more likely they were to experience this shift in vision.

“This finding suggests that some people who have RK may need glasses at an earlier age for poor close-up vision, a common problem after age 40, than if they had chosen not to have the surgery,” according to a press release from the National Eye Institute.

But back to the patient whose eye is pictured above: The woman was given a new prescription for glasses, and her doctors advised her about the importance of wearing protective eyewear to guard against potential trauma. At a check-up six months later, they were glad to see that her vision hadn’t gotten any worse.

So what does this report mean to the rest of us? For one, it could be a heads up for anyone who’s had this same procedure and noticed that their vision has been slipping in recent years. Like the patient in this case report, you may need an updated prescription for reading and other close-up activities.

But it can also be a reminder about the importance of seeing an eye doctor any time something seems not quite right. After all, more than 20 million Americans have some type of vision problem, and experts estimate that nearly half of all vision loss and blindness could be prevented with early detection and treatment.

To get our top stories delivered to your inbox, sign up for the Healthy Living newsletter